We are on the threshold of not just a new year, but also a new decade. We must assume that certain significant events always occur at such moments, and they have not passed through the world of cinema. The outgoing year was symbolically marked by the release of many long-awaited films, including the final parts of the cult film epics and global author projects, to which the Directors went throughout their career. In 2019, many important paintings were released. However, let's highlight ten not only the most high-profile or commercially successful, but also relevant, as well as "suffered" films.

"The Avengers: The Final>>

The final part of "the Avengers" is a fundamental film for Marvel and at the same time one of the most iconic and large-scale pictures of this year. The Russo brothers, a little pumped up on the part of the final battle, the logic and detail of the storylines, masterfully disposed of the fate of the characters, not leaving a full-fledged happy ending, and giving the audience a reason for thorough grief. "Finale" not only gives the heroes an opportunity to get even with the mad Titan Thanos, but also allows you to say goodbye to an entire era and at the same time opens the door for a new generation of superheroes, making a hint that everything is still far from smooth on Earth, there are many unexplored worlds in the Universe where the same large-scale events occur.

The film is based on the story of the famous sex maniac Fritz Honky and is interesting in that it is not a typical biography of another killer, but a deep study of the nature of evil and at the same time a mirror image of Germany in the 70s. Outwardly, the picture is undoubtedly very ugly, to the extent that not everyone will be able to see it to the end -- through the screen is transmitted every slightest detail, down to the sickening smells. But evil is ugliness in all its apotheosis. Therefore, against the background of Hollywood gloss "Golden glove" --- one of the most authentic art house paintings of our time, which allows you not only to look into the eyes of reality, but also to enjoy the aesthetics of the disgusting.

It would seem that at the time, "the Great escape" perfectly completed the history of the franchise, focusing on the change of generations and thus leaving the door to childhood ajar. But the fourth part of the cartoon twins masterfully intertwines all even casually mentioned storylines of the previous parts and wisely manages the fate of all the characters. In the last cartoon, the characters become even wiser, become mentors, learn again to help each other, empathy, and finally get on the path that was intended for them from the very beginning. "Toy story 4" is another completion of the Grand franchise and an opportunity for a child to plunge into the fairy-tale world for the last time, and for an adult to feel nostalgic and again feel all the mystery and magic of childhood.

This year, a film by one of the most iconic South Korean Directors, PON Joon Ho, appeared at the Russian box office. He made a mesmerizing surreal "Okchu", chilling "Memories of murder" and psychological drama "Mother", but this time the Director decided to win the audience caustic social satire that causes completely contradictory emotions - for a second you can experience fright, surprise, sympathy, as well as plenty to laugh and cry. "Parasites" is a mirror of heavy reality and at the same time a virtuoso picture that demonstrates the amazing language of cinema and allows you to fall in love with South Korean cinema.

Half a century after the release Of "pulp fiction" Tarantino brought to Cannes no less nostalgic and important in his career picture - " Once in ... Hollywood." In the film, Tarantino pays tribute to the memory of the tragically deceased Sharon Tate, whose death took exactly fifty years, and the "Golden" Hollywood era of the 60s. However, the tape is very important also because Tarantino showed himself in it from a new side. This time we feel a more Mature and even tender hand of the Director, who focuses not on bloody fights and a flurry of black humor, but on calm, deep and almost confessional dialogues. Now Tarantino appeals more to nostalgia, focuses on the crisis of the individual at the junction of two eras and demonstrates the wonders of which the movie is capable, having the power to stop time.

"The Joker" was a film that finally erased the boundaries between good and evil, turning inside out the established history and presenting Arthur Fleck vulnerable and broken, and the Wayne family corrupt bureaucrats who are the culprits of the deplorable situation of the inhabitants of Gotham. "The Joker" is very harsh, realistic and close in radicality to the "Murderous joke" - which is not achieved by any film based on comics. In addition, in the current situation, when the people in every second country are suffocating under the yoke of the system and desperately need a "voice", the film is very relevant and clearly demonstrates what can lead to a total disregard for the needs of society.

According to his own traditions, loach again focuses on the endless cycle of exploitation of the working class, where only concepts are replaced from generation to generation, but the essence remains the same --- the total depersonalization of the person and the degradation of the social cell. Reflecting the current situation, loach emphasizes that power, which is currently social mechanisms and standards, is more devoid of soul than ever. In this vein, the film is very hard and authentic shows the realities and fate of the working class, which is slowly dying in this "brew". In this era, it is especially important to talk about the importance and rights of the individual - in addition, the release of the picture surprisingly coincided with strikes by Amazon employees in connection with mass non-payment of wages and monstrous working conditions. 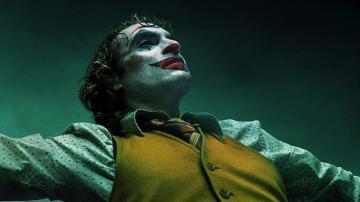