DC Comics has confirmed that August 2020 solicitation detailers will be released to the world this coming Friday, May 15th. Usually one of the first to the traps, we can expect on past form for the following week to provide August 2020 solicitations for everyone else, full August 2020 solicitation details to be released on Friday, May 22nd and then the new combined July/August Diamond Previews to hit the Wednesday, May 27th afterwards. Bleeding Cool already and DC Comics note that many comics originally solicited for June on sale will now shift to July. DC Comics will be announcing full details of these schedule changes in the coming week as well. There are also changes from DC Comics regarding FOC and Final Order Cut-Off date. When DC set things up with UCS and Lunar, they instigated a four week FOC date, a longer period than usual. This, it seems was planned to provide extra time to resolve any logistical issues between DC Comics' printers and distributors. But starting with titles on FOC on Monday, May 18th and Diamond Comic Distributors returns to the distribution game, DC Comics will return to the traditional 23-day FOC window for standard periodicals. However, squarebound comics such as the originally planned Black Label titles, and comics with high-end cover treatments, will continue to have a longer window between FOC and their on-sale date. Basically, next week belongs to DC Comics. That's unless someone else decides to throw in a few comic book explosive announcements. Maybe we'll learn about the projects that were initially intended to prepare the publisher ahead of switching to its 5G revamp and relaunch -- you know, when that was still a thing, and DC hadn't paid off people with kill fees? What will DC be replacing it with now? Extended business as usual? DC Comics to Release August 2020 Solicitations on Friday. Art from Diamond. 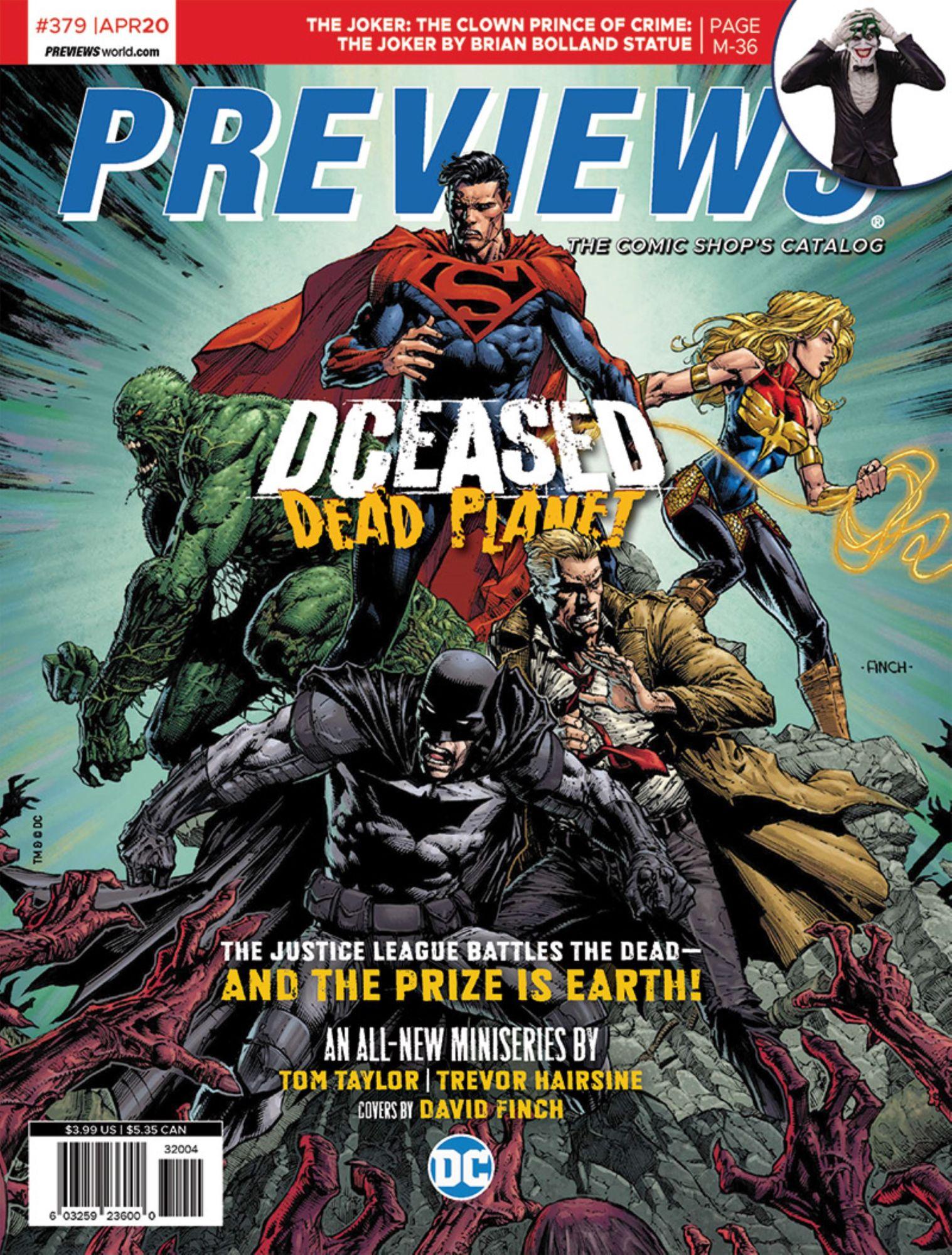