The spread of the COVID-19 virus continues to impact all levels of day to day life, and with it comes more and more announcements of major events getting canceled . The spring convention and film festival season effectively ended with C2E2 at the end of February, and there hasn't been a major event since. Everyone has been wondering whether or not Comic-Con International, or San Diego Comic-Con, in July will be canceled as well, and it's not looking good. According to The San Diego Union-Tribune and Tourism Authority CEO Joe Terzi, there just doesn't appear to be a safe way to hold an event that often brings in 200,000 people. JULY 18 2019. Inside the San Diego's Convention Center for the 50th Comic-Con. Editorial credit: Alessia93 / Shutterstock.com

"They are evaluating any financial liability they might have with a cancellation, and once they determine that, they'll make a decision," Terzi said. "Based on our knowledge of the event, it will be very difficult for them to have that event in July. With other events you could do things to keep people separate, but Comic-Con is a whole different animal, it's a massive sea of people." At the moment they are still evaluating the situation but sent out an email to more than 50 hotels about cancelation fees. Comic-Con wanted assurances that "any cancellation fees or penalties for this year's event be waived as we work through this challenging process. Comic-Con continues to be a loyal partner and important economic generator for the City of San Diego and has been for over 50 years."

Comic-Con said on Thursday that they hope to make an announcement concerning the event soon, and they are looking to possibly do some sort "online component" should the event get canceled. According to spokesman David Glanzer: "We understand that many stakeholders rely upon our conventions as a major portion of their yearly income and livelihood, but we are truly in uncharted territory," Glanzer said. "We do not want to disappoint the people who have saved, planned, and are looking forward to the show this summer, but the primary concern, what is chief among all our concerns, is the health and safety of not only our attendees but the public as well."

Comic-Con and Others Should Wash Their Hands of 2020

If anyone thinks there is a chance that the event could be postponed for later in the year, that isn't likely. As anyone who has attended Comic-Con, the event is a massive undertaking, which must be a nightmare to plan under the best circumstances. This is not including the fact that the comic book industry as we know it is in the middle of a massive change that could take years to settle. For movie studios, it is looking more and more likely that they are going to miss most if not all of the crucial summer blockbuster season and won't have the money to pay for a booth or a place in Hall H. Television studios have lost an untold amount of money when shows had to stop mid-production. There is no way they would want to show up to a convention when they could be getting back to shooting. Artists and independent writers won't have the money to pay for an expensive table in Artist Alley. This is not including attendees, most of whom likely won't have the money to spend at something like Comic-Con. Even if you do the event cheap, you're still looking at least $600 for hotel and flight alone. No one is going to have the money to spend on $300 exclusives.

At the moment, there haven't been any announcements regarding ReedPop events such as Star Wars Celebration in August or New York Comic Con in October. Still, considering the circumstances, we should probably all wash our hands of 2020 and move on. Both of those events should be canceled along with any other major events or festivals for this year. It seems daunting to look that far in advance, but playing it safe is the best course of action for everyone involved. There is always some strain of the "nerd flu" that hits these events, but that flu is often just miserable and not potentially deadly. COVID-19 is an entirely different animal, and no Comic-Con or Film Festival wants to be in the news because there was a massive outbreak at their event.

Kaitlyn is the Editor-in-Chief at Bleeding Cool. She loves movies, television, and comics. She's a member of the UFCA and the GALECA. Feminist. Writer. Nerd. Follow her on twitter @katiesmovies and @safaiagem on instagram. She's also a co-host at The Nerd Dome Podcast. Listen to it at http://www.nerddomepodcast.com 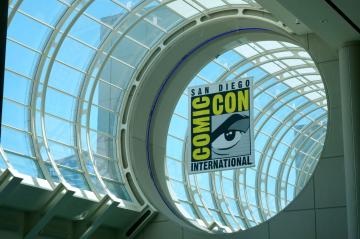