X-Men #9 was written by Jonathan Hickman with art by Leinil Francis Yu . and Sunny Gho, plus lettering from Clayton Cowles. It's the last issue of X-Men published by Marvel Comics before the industry shutdown. With the state of the comics industry uncertain for the near future, the release date of X-Men #10 is still in doubt. For now, we still have recently-released comic books to catch up on, so here's a recap of what happened in X-Men #9 and our thoughts on it. The cover of X-Men #9 from Marvel Comics, with artwork by Leinil Francis Yu. X-Men #9 Recap The issue begins with a flashback to millennia ago in the Kree Empire. Kree scientists present a pair of capture Brood to a Kree Accuser. They want to build a weapon called a King Egg which can unite the Brood's many hives into one single group, controlled by the Kree, to direct at other civilizations. The Accuser contacts the Supreme Intelligence. Supremor evaluates the usefulness of the weapon. It will take at least eight millennia for enough brood to grow to be a formidable enough weapon, but then, they can use it on the Shi'ar. The project gets the green light. Today, Cyclops, Havok, Vulcan, Marvel Girl, and Broo arrive in Shi'ar space with the King Egg and several Acanti Brood ships on their tail. Worse, there's even more in front of them. On a nearby space station, a Kree Accuser is holding the Starjammers captive while talking with Sunspot over space Zoom conference. The Accuser wants the promised King Egg, but Sunspot has some bad news. Gladiator, Kid Gladiator, Manta, and Oracle of the Imperial Guard bust down the door and attack. A Delicious Conclusion Gladiator punches the Accuser through the hull of the space station they're on and into space. He passes right by the X-Men's ship, still in pursuit, and is eaten by an Acanti. As the X-Men head for a crash-landing on a nearby planet, Havok sends a distress signal to the space station. He's surprised his Dad on the other end. Corsair confirms the X-Men have the King Egg. At least everyone is on the same page now. The pursuit leads straight through the space station, sending it crashing to the planet along with the X-Men. The united group seeks shelter in a nearby facility as billions of Brood follow them. They surround the X-Men. An intense battle occurs. Suddenly, the Brood freeze. Why? Broo ends the confusion. He ate the King Egg. Now he's the ruler of all six trillion Brood. My Opinion on X-Men #9 That was unexpected. Broo is moving up in the world, perhaps a little too quickly. How will he be able to handle all of this responsibility? For that matter, can the X-Men, and their apparent allies in the Shi'ar, handle that responsibility? Probably not. It was nice to see a storyline once again wrap up in two issues or less. That's becoming pretty standard in the X-line right now, and I love it. Even with the short stories, this book is building momentum. It's gonna be a tough month, or maybe two months, waiting for the next issue of X-Men. Read More Sworn to sell comics for Marvel executives who feared and hated the fact that Fox owned their movie rights, the Uncanny X-Men suffered great indignities in the past decade. But that dark era is past. Now, thanks to a corporate merger and a line-wide relaunch, the X-Men can finally return to doing what they do best: entertaining fans of the greatest soap opera of all time. Click the image to read more X-Men recaps. A prophecy says that in the comic book industry's darkest days, a hero will come to lead the people through a plague of overpriced floppies, incentive variant covers, #1 issue reboots, and super-mega-crossover events. Scourge of Rich Johnston, maker of puns, and seeker of the Snyder Cut, Jude Terror, sadly, is not the hero comics needs right now... but he's the one the industry deserves. 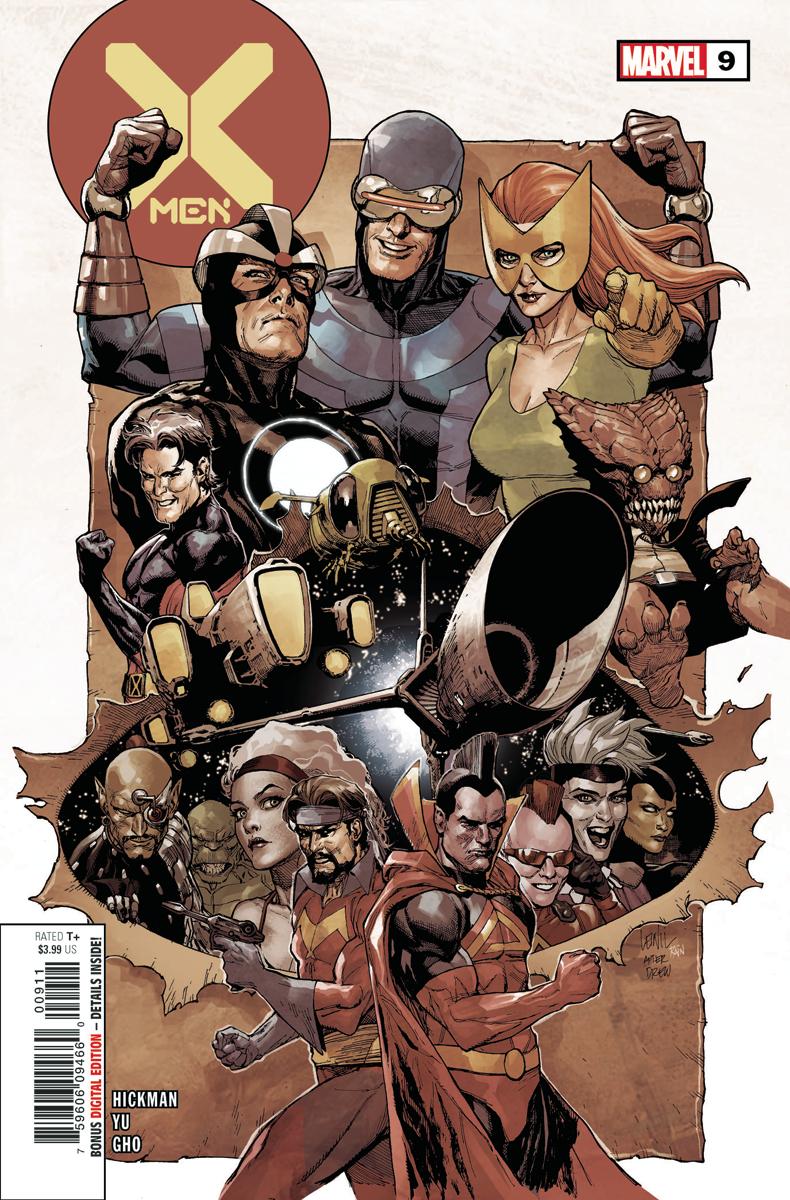