(Marvel Comics, creative team: Greg Pak, Rafaelle Ienco, Neeraj Menon, Joe Caramagna) In the moments after the conclusion of the greatest sequel ever, one of cinema's most influential villains is not happy. Everyone who hid the idea that there's a son of Anakin Skywalker has to die, and it has to be ugly. This leads [...] 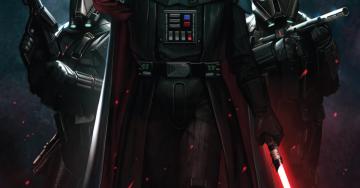