Once a comic gets late, it seems to have a tendency to get later and later. The villainous reaction to the Clark Kent identity reveal in Superman :Villains #1has slipped again, now down from original publishing date of the 12th of February, to the 4th of March.

WhileDoom Patrol: Weight Of The Worlds #7 final issue has also slipped again, from the 29th of January all the way to the 11th of March. As a result, the collection of that series has had all orders cancelled and will be resolicited soon.

Any more for any more? 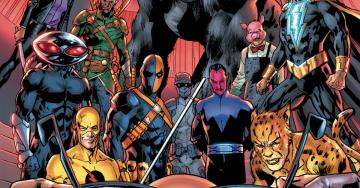